Many of our members would have received the 30th anniversary flyers sent by John & Margaret Hooker, reminiscing on the highlights from the last three decades. We're now pleased to bring you some of the content from those flyers to remind you of the achievements of the BDAQ from the past to the present...

In this feature, you'll hear stories of a selection of past Presidents and Life Members over the last 30 years.

Chris Raymond, BDAQ’s inaugural president, had the foresight and wherewithal to stir early members into action. One of his fondest memories was of the Townsville conference where Terry Mackenroth announced that licensing for Building Designers in Queensland was to go ahead.

Chris says an even greater memory was “the lasting friendships that go hand in hand with those early meetings. It’s mischief and hard work are what make the BDAQ so special. It was just such an incredible scenario that a bunch of guys and girls could get together and have such camaraderie and share a common goal” – sentiments still shared by so many today.

What better grounding for a president than five years as BDAQ state treasurer? This task was ably carried out by Jeff Osman before taking on the role of president. Jeff was ultimately elected a Life member, for not only this work, but amongst other things, for initiating the original state design awards & Schedule of Fixtures & Fittings.

As a staunch volunteer at South West branch level for many years, Arthur Martin joined the management committee as the Technical & Education Director in 2006, following this up with two years as state secretary. He went on to steady the BDAQ helm as president in 2010.

A spate as branch secretary of Brisbane North branch saw the start of 30 years of deep involvement in the BDAQ by Russell Brandon. Russell soon ascended the ranks becoming state secretary, followed by state vice president and then state president. Shortly after he was bestowed a Life membership followed some years later by the award of Fellow in recognition of his unswerving dedication and passion for the BDAQ and for his service to the industry. You’ll read much more about Russell in later flyers in his role as Executive Director.

In its formative years, the BDAQ was fortunate to have in its ranks a Redland Bay designer, Jim O’Leary (Dec.) who brought with him knowledge of the corporate world, a professional background and a quiet, but reassuring demeanour. But with this quiet manner came shrewd negotiating skills, fire for the BDAQ cause & a deep understanding of people. At the BDAQ’s first AGM in September 1990, Jim was elected president. He was later awarded Life Membership in 1992, along with his good friend John Hooker.

Along with his team, Jim steadily steered the ship as he negotiated and consulted with government re the Responsible Design Clause, the QLD Building Services Authority Act, a template for “registration” (licensing) of building designers as well as duties as president.

Jim’s first article in the Designer magazine reflects his attitude well. “The BDAQ is becoming involved, through its various sub-committees, in a number of important areas which are certain to influence our direction for many years to come. It is gratifying to see that in no case is there any tendency to seek the easy road & forsake the pursuit of excellence for the expedient solution.”

Townsville member & past president, Russ Meikle, rang previous Townsville colleague, John Hooker, back in 1989 advising that he’d submitted a report to the Government on the RDC. This contact helped to expand the small Gold Coast group of designers right up the coast. As branch president for many years, Russell, and his new mate from Cairns, Max Slade, were instrumental in contacting other designers in their region, encouraging them to become members of the BDAQ. Russell was always generous with his time for the BDAQ & soon became the editor of the Designer magazine where he also financially helped support the magazine through paid advertising. He and his Townsville colleagues organised the Townsville conference which was an outstanding success and culminated in the news that building designers would, indeed, be licensed. 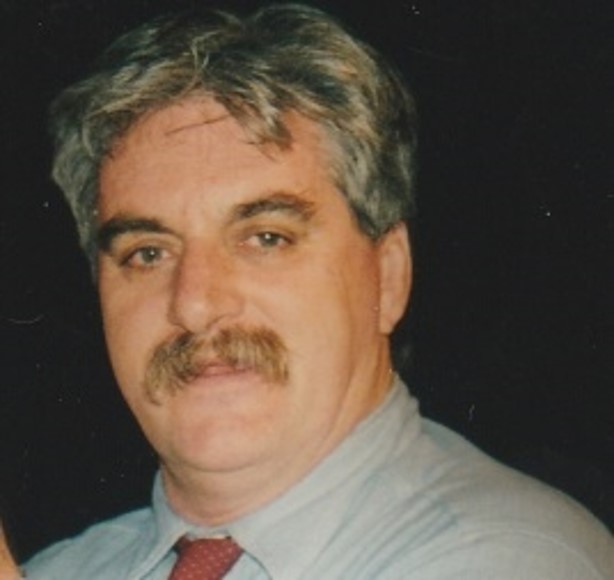 Steve Claridge noted in his last AGM report that like other presidents before him, he endeavoured with his committee & the executive director to increase the sponsor- ship purse and expand the membership base. The NABD was administered by BDAQ at this time & BDAQ’s then & current vice-president, Tamica Lewis, took on the role of NABD president for a two-year term. Tamica continues her liaison with NABD as the Chair of the NABD committee for the BDAQ.

Restructuring of the BDAQ in 2016 led by past president, Brad Read, saw the BDAQ take up office space at the Build and Design Centre in Brisbane, a step welcomed by most BDAQ members who feel this move has done much to raise the profile of the BDAQ.

“Any organisation is only as good as the people who volunteer to run it”, words spoken by Keith Ratcliffe as he stood down as president.

Life member, past state vice-president & secretary, Colin Roe, suggests BDAQ faces many philosophical & real challenges if it is to continue to exist & grow, a concern expressed by other members also. On his initiation as a Life member, Colin was congratulated for his system of recording & reporting over many years, at committee meetings.

Described as an enigma by a colleague in the early days, John Hooker was awarded a BDAQ Life membership In 1992 (together with his good friend, Jim O’Leary) for his outstanding contribution to the BDAQ during its brief lifetime.As a founding member of BDAQ and its inaugural secretary, John continues to mystify others with his Devil’s Advocate approach.After he trained up Peter Modini, Kevin Smith, Jeff Osman & Phil Buchanan as state treasurers, he then took on the role himself for a couple of years.

When Life member, Glen Place, joined the BDAQ management committee in 2000 as the Central Vice-President he said, “My goals are to be a good building designer and to contribute to the promotion of the BDAQ and all fellow BDAQ building designers”. He upheld this for 17 years on the management committee and is still heavily involved in many BDAQ sub-committees as well as many other industry groups.

Bert Priest, Life member & Barb Priest, Honorary member, were recognised for their tireless work preparing WH&S documentation for the BDAQ. Bert’s time as state secretary was simplified by the secretarial skills of his wife in taking the committee minutes and having them available for distribution within a few days

BDAQ’s newest Life member, Peter Latemore, made the following comments many years ago, but such words are repeated by BDAQ’s executive today. - “Being a member of the BDAQ is a huge advantage but, I have found that getting involved in the association has increased the benefits. Being on the branch executive has created a sense of inclusion. As sponsorship co-Ordinator, I have benefited from the many supplier contacts. So, I am suggesting that each member could invest some time in getting more involved, even if it is just coming to the monthly meeting.”

As he stood down as president after five years, Life member, Greg Pershouse said “I have always believed that if you want to be successful then you should associate with successful people at every opportunity. During my time as president, I have never seen a committee rival the group I have worked with for their vision, passion and commitment”.

Some years ago, at an inaugural dinner, past president & Life member, Peter Nelson initiated the “College of Presidents” where the BDAQ presented each past president with a medal in recognition of his/her leadership service to the BDAQ & as a reminder to other members of the contribution of these members. This College later went on to include Life members & Honorary members.

After serving as state treasurer for two years, followed by two more years as vice-president, Phil went on to lead the association as president for another two years sharing his enthusiasm, expertise and charm with all he met. Phil was recognised for his generous support to the BDAQ with a life membership in 2009 and he still serves on the Gold Coast executive today as branch delegate. A devoted BDAQ member!

Max Slade, FNQ member since 1990, participated in the first Rockhampton meeting & the first BDAQ Gold Coast conference. He not only organised successful state BDAQ golf days and held various branch positions, but also took up the positions of state vice-president, and treasurer before becoming state president. As BDAQ Awards’ host on many occasions, Max entertained the audience as he did on the BDAQ/USA study tour. He is also to be congratulated for his work on the committee which hosted a most successful FNQ conference.

Past president and life member, Adrian Pooley, is quoted as saying that “on 26th March 1994, the Responsible Design Clause was OMITTED from the QLD Building Act. This clause has been in the Building Act since 1975 and has been implemented in various ways throughout QLD. It has been called Our Responsible Design Clause by some professional groups. We were told that it would always be in the Building Act and that all other states would adopt it. So much for fortune telling”.

Adrian’s fierce passion for the cause of building design was obvious to all he met. From 1990 when he attended the first public meeting on the Gold Coast, until his election as vice-president, president and life member, Adrian fought for 11 long years for the right for all of us to be called “Building Designers” and to be able to undertake the work we do. Adrian’s grit and determination held the BDAQ and building designers in good stead as he stuck to his agenda for the rights of building designers whilst serving as a member of the QLD Building Services Board. His commitment, his devotion, his passion to the cause never wavered. Adrian has a passion for many other things as well and was instrumental in organising state-wide conferences and overseas study tours. Thank you, Adrian!

As Owen Kleidon rose through the ranks as a south-west student member to state treasurer, his vision for the BDAQ was that “it must not only survive but flourish. I see the mission of BDAQ as to Protect and Promote the profession that is Building Design. Members of BDAQ should be held in high esteem by business, government and the community in general as the peak exemplar of Building Designers. We will achieve this by being strong in our beliefs, setting the lofty benchmarks and not just hoping we achieve them but actively advancing our actions so that we do”.

Now as current State President, Owen continues to live by his beliefs, leading by example for other members.

Owen was just too young to have been around for the inception of the Association. However, he was close enough to it to realise the importance for it to remain strong. Owen has been a delegate, a regional vice president, state treasurer and now State President.

Owen says “The last few years have seen significant changes in the industry and for different reasons our need to come together has never been greater. Being able to practice as a building designer has enabled me to build a career for myself and to provide an opportunity for my staff to do the same. More than that though, the Association has provided me with an introduction to a huge number of quite amazing people who I would have most probably never met”.